Property prices across Australia have grown by 16.1% over the past 12 months, which is the strongest property market Australia has seen since 2004.

The overall data from CoreLogic provides a positive outlook on the current property market, however when compared with data from previous months, there is a clear loss of momentum.

Throughout July, the average property price increased in all states and territories.

Additionally, it is evident that it is the same capital cities performing strongly time and time again. 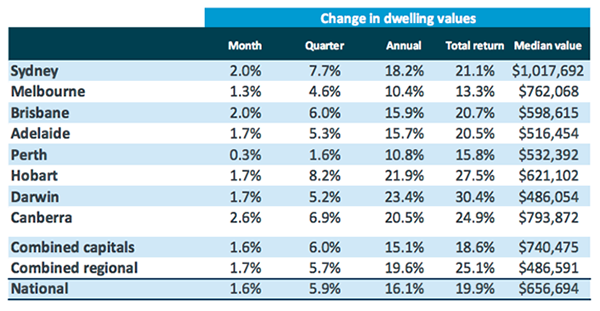 Canberra has demonstrated a great performance throughout July in the property market by increasing an additional 2.6% to the already 20.5% increase over the past 12 months.

Darwin and Hobart increased in value by 1.7% during July and grew in value by 23.4% and 21.9% respectively over the course over the last year.

Sydney jumped by 2.0% and has seen 18.2% annual growth, however, CoreLogic has noted that the market here is finally starting to cool down. After seeing peak monthly growth of 3.7%, Sydney has since had the largest relative fall in growth rates.

Brisbane continues to perform well, increasing at 2.0% in July and an overall 15.9% over the last 12 months.

The data suggests that Perth is underperforming when compared against its capital city counterparts, with a total growth of only 10.8% over the past year.

Tim Lawless, head of research at CoreLogic, noted that affordability is becoming and important issue in many areas due to COVID-19 restrictions such as lockdowns, which can build a negative sentiment.

“With dwelling values rising more in a month than incomes are rising in a year, housing is moving out of reach for many members of the community.”

“Along with declining home affordability, much of the earlier COVID related fiscal support has expired. It is, however, encouraging to see additional measures being rolled out for households and businesses as the latest COVID outbreak worsens.”

“On the flip side, demand is being stocked by record-low mortgage rates and the prospect that interest rates will remain low for an extended period of time. Dwelling sales are tracking approximately 40% above the five-year average while active listings remain about -26% below the five-year average. The mismatch between demand and advertised supply remains a key factor placing upwards pressure on housing prices,” Mr Lawless said.

Regional markets in Australia have performed well above expectations and are beginning to demonstrate growth levels similar to that of some metro areas. In the first seven months of 2021, CoreLogic data shows an almost equal rate of growth in dwelling values across the combined regional and capital markets with values up 14.5% and 14.0% respectively.

Regarding performance of various property types, the trend of detached houses outperforming units and apartments continues.

Houses increased in value by two to three times more than units in most cities, with the exception of Hobart over the last year.

Another contributing factor to the growth rate of the property markets throughout Australia is the low levels of stock.

The number of advertised listings remains well below average across most parts of the country.

Recently, both Sydney and Melbourne’s total number of newly properties has fallen sharply amidst lockdowns with many vendors choosing to wait until conditions ease. 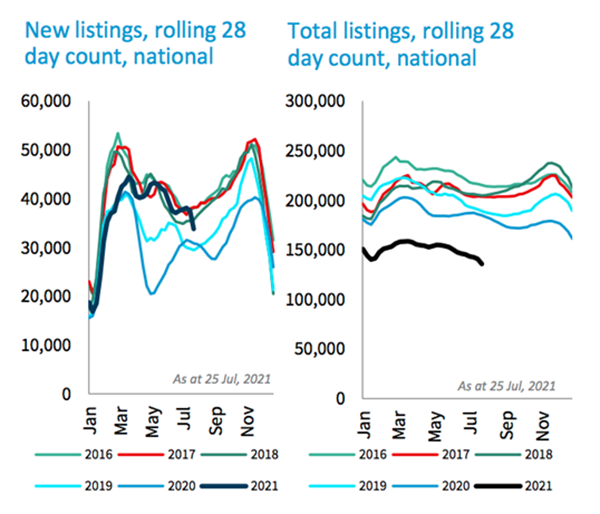 Rental markets have remained tight, with the annual growth rate increasing to 7.7%, which is the fastest rental appreciation seen since 2008.

It is once again Darwin outperforming the other capital cities, with a 22.7% increase in rental rate of houses, followed by Perth demonstrating a 16.6% increase. 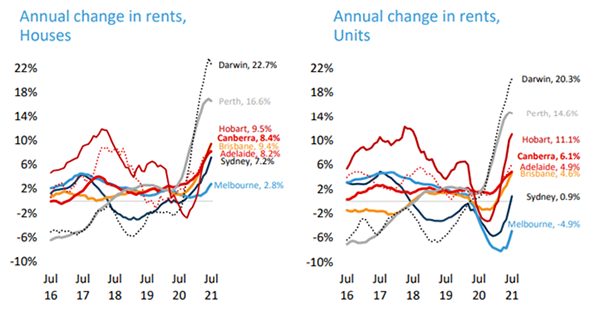 On the opposite end of this is the rental market for units in places like Melbourne and Sydney, with annual change being -4.9% and 0.9% respectively.

“The good news for landlords is that rental markets in these areas are stabilising following a substantial reduction in rents due to high vacancy rates attributable to stalled overseas migration and a preference shift away from high density living during the pandemic.”

“With buyer demand so strong and active listings well below average, prospective buyers are likely to be feeling a sense of urgency due to the level of competition in the market.”

“However, with affordability constraints starting to impact purchasing capacity, it’s possible market activity could reduce through the second half of the year, helping to rebalance the market and take some heat out of the rate of house price growth,” Mr Lawless said.

Looking forward, Australia's housing market remains in a strong position, however, signs of a slowing rate of appreciation have become more evident.

According to CoreLogic, the rate of growth will continue to taper through the second half of 2021 as affordability constraints become more pressing and housing supply gradually increases. Other potential headwinds are apparent, including the possibility of tighter credit policies and an earlier than expected lift in interest rates, which could also dent sentiment and translate into lower growth.

For the time being, lockdowns will continue to contribute to some of the loss of momentum as well, particularly from a transactional perspective in Sydney which is enduring an extended period of restrictions. 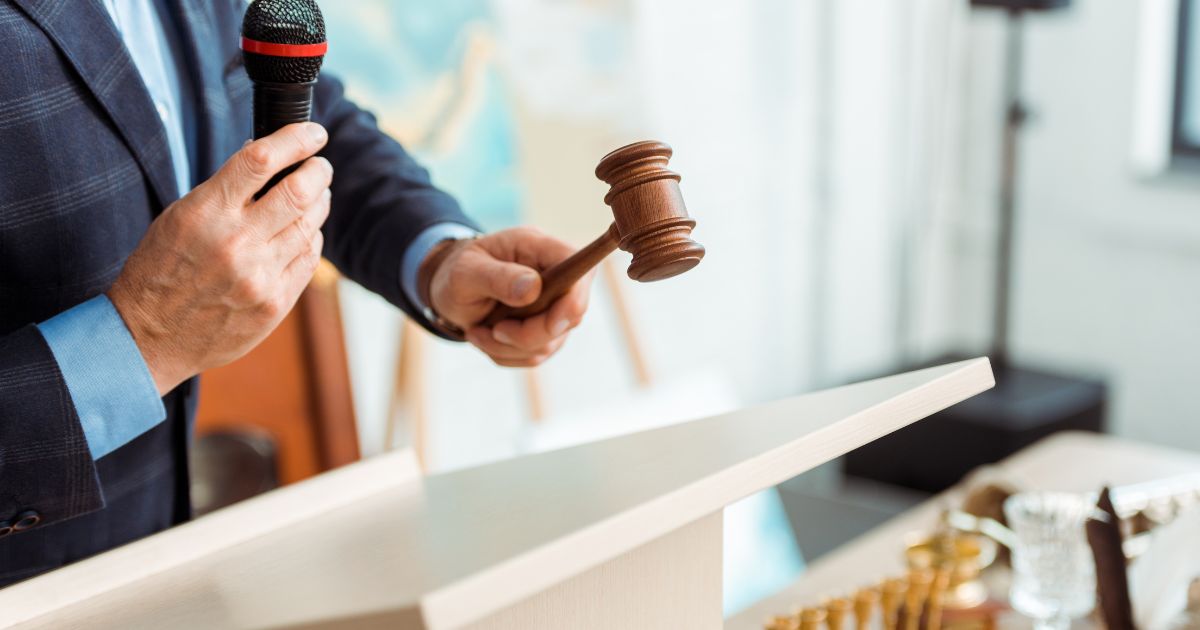 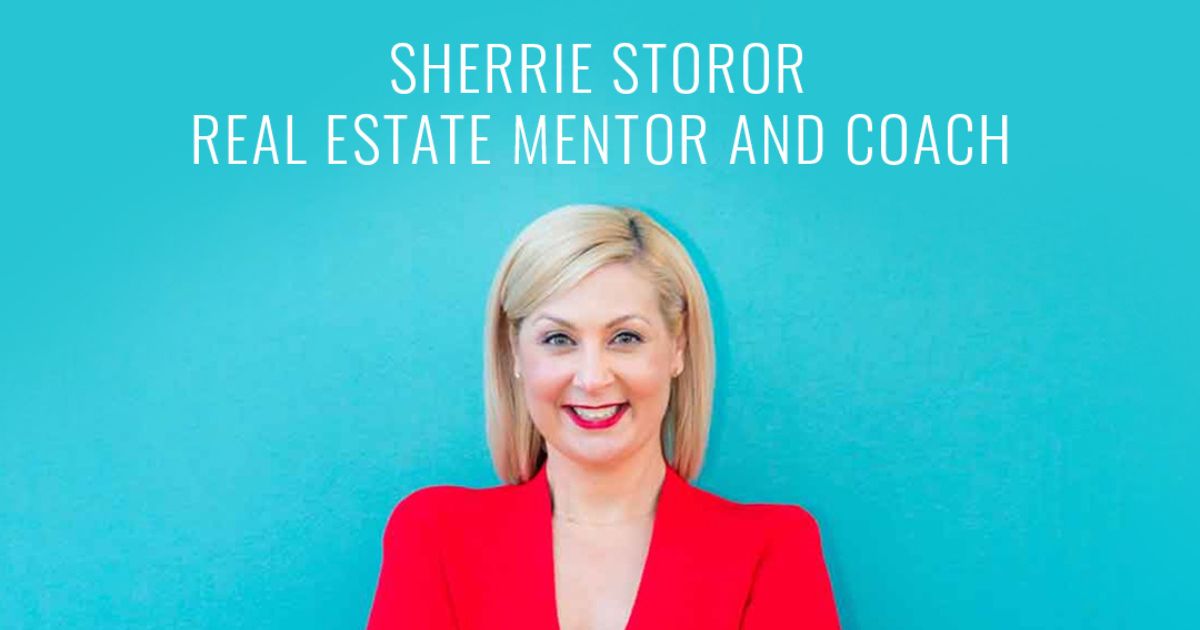